That is the official page of INTERNATIONAL-SHORIN-RYU-SEITOKAN-KARATE-KOBUDO-ASSOCIATION.COM .You can join us and learn the true Shorin Ryu of Okinawa, We hope you for information write to: ssacaba@yahoo.it 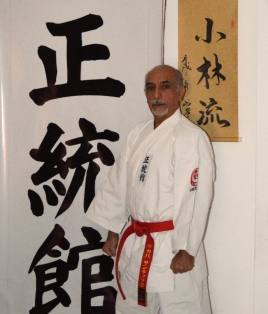 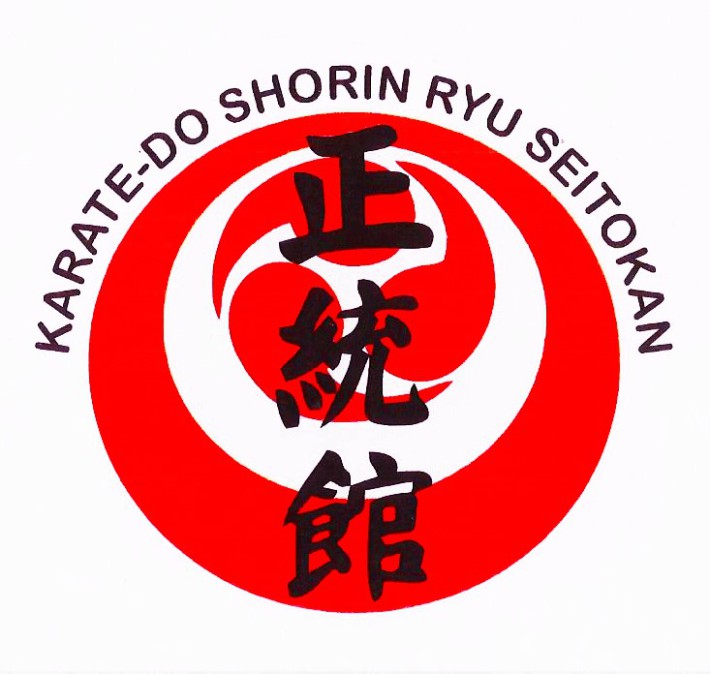 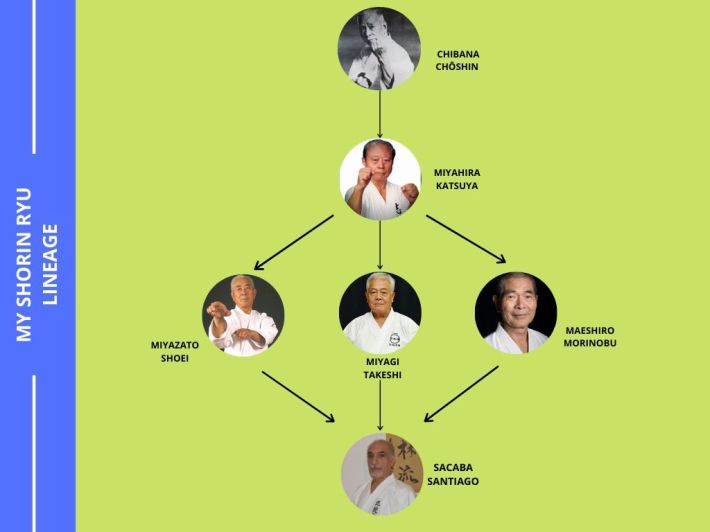 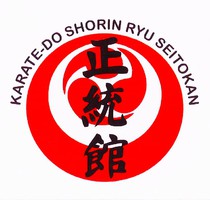 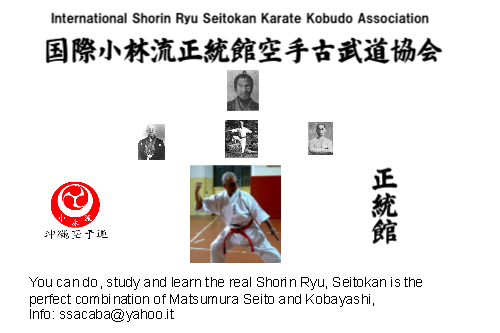 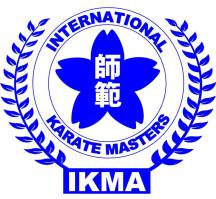 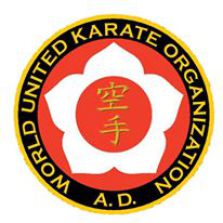 If you want to learn and train of the true Sensei with the official Certification ask us the near Dojo in your Country or City, we send you by e-mail the information about it, INTERNATIONAL-SHORIN-RYU-SEITOKAN-KARATE-KOBUDO-ASSOCIATION. We have  Dojos all over the World . INTERNATIONAL-SHORIN-RYU-SEITOKAN-KARATE-KOBUDO-ASSOCIATION is your better option

"THE MAIN BRANCHES OF SHORIN-RYU"

The Shorin-ryu style was broken into several branches: the Shobayashi-ryu ("small forest style"), the Kobayashi-ryu (";young forest style") and the Matsubayashi-ryu ("pine forest style"). All three refer to the small pine forest where the Shaolin Temple was last located, and all three are still interpreted to mean Shorin-ryu or"Shaolin way." Shobayashi, the original style of Shorin-ryu, was taught by one of Itosu's famous students, Chotoku Kiyabu, better known as Chotoku Kyan (1870-1945). Kyan was extremely well-known and revered in Okinawa, and was considered Itosu's greatest student, even though he was second in succession, with Kentsu Yabu (c. 1870- ) having more seniority. Yabu took charge after Itosu's death, but retired shortly afterward, leaving Chotoku Kyan in charge.

Kyan trained quite a few notable students, among them Tatsuo Shimabukuro (the elder brother of Eizo), who also studied under Chojun Miyagi. Kyan also trained Shoshin Nagamine (1907- ), who later developed the Matsubayashi form of Shorin-ryu. It has been stated that Nagamine developed this style himself. He named the stlye after Bushi Matsumura (1797-1889). Nagamine's son Takayoshi has taken over this branch of Shorin-ryu Karate.

Kyan's most noted student is Eizo Shimabukuro. Upon his death, Kyan left Eizo Shimabukuro in charge of the still-unchanged system of Shobayashi Shorin-ryu. Another of Itosu's students, Chosin Chibana (1887-1969), taught Kobayashi-ryu. This system, according to Master Shimabukuro, is the same as Shobayashi-ryu. He states that Master Chibana simply misspelled the term by using incorrect kanji (characters), which changed the pronunciation from "Shobayashi" to "Kobayashi." These two systems of Shorin-ryu are the same today, with the same form and pattern in their kata.

In fact, in the early 1960s, Master Shimabukuro went to Chibana, who was then in his late seventies, to ask Chibana to correct his (Shimabukuro's) kata. Shimabukuro was concerned about the discrepancies gradually emerging in the various Shorin-ryu styles which had begun to proliferate by this time in Okinawa. Shimabukuro was a tenth dan at the time he appealed to Chibana. Out of respect for Chibana, who was Itosu's oldest living student, Shimabukuro removed his red belt and instead wore a white belt while being corrected. This action demonstrated Master Shimabukuro's intense desire to retain the purity of Shorin-ryu. Another oldest of Kyan’s student, Takayoshi Simabukuro (1916), Next to II War in 1950, he emigrated to Huston, USA, where he worked as mechanic and returned to Okinawa in 1987. He didn’t accept degree, and he continued to do the older from, Master Shimabukuro continued to use the Shorin Ryu Shobayashi as name of his system.

Zenpo Shimabukuro Kaicho of the Seibukan shorin-ryu branch of Shorin-ryu. Seibukan Shorin-ryu Karate was developed by Zenryo Shimabukuro after Chotoku Kyan's death in 1945. His dojo opened in 1947. His first students were nephews of his oldest son, Zenpo. It is believed that Zenpo is still teaching Seibukan Shorin-ryu Karate on Okinawa at the Seibukan Dojo. Seibukan means holy art school, and was named because the students minds are developed in a spirtual way- it is not how many students one has, it is how good they are.

Yuchoku Higa(10th Dan), Founder of Shorin Ryu Kyudokan was born in Naha City, Okinawa in 1910. He was a well known 10th dan in Okinawa and famous as -The Strong fist of Okinawa-, because of the amazing power generated in his punch. He had a strong physique as a warrior because his long time practice in Karate.

Choki Motobu was born in Akahira village from Shuri region, Okinawa. He was son of Motobu Udun, which was a nobleman. Motobu had learnt some of techniques from his family, but, as his elder brother, Choyu,  was the one who had the right to continue the martial tradition of the family, he had to look somewhere else the opportunity to study. Choki started to train a lot to makiwara and used to lift heavy rocks in order to gain strength.  He proposed himself to become more powerful and good, and he dedicated himself to a series of hard trainings.  Soon he became famous with the "Motobu zaru" nickname (Motobu, the monkey), thanks to his agility and speed. He became Anko Itosu's student

There is another form of Shorin-ryu on Okinawa called Matsumura Orthodox.* Some of this style's followers have reportedly changed the name to Sukunai Hayashi. Matsumura Orthodox was supervised by Hohan Soken (b. 1889-1982), who is said to have studied from his uncle Nabe Matsumura, who in turn studied from Soken Matsumura. In 1920 Hohan Soken emigrated to Negro, Argentina, where he worked as a farm laborer. He returned to Okinawa in 1952 and started teaching karate, calling his style Matsumra Orthodox Shorin-ryu.

Hohan Soken not only lived in Argentina, but traveled to Peru and other places. He spoke fluent Spanish. It is known that Kyan Chotoku occasionally traveled with him. Kyan was Soken's training partner under Nabe Matsumura.

Negro, Argentina was an Okinawan trading colony. Okinawa had many of these all over the world. Hohan Soken probably had relatives there because there were many Okinawans living there. We don't know if he would have liked living there for so long without seeing his family. Therefore it is believed he took some family members with him. Who knows if they stayed. One of his student in Argentina was Seikichi Kim, he did not open the Dojo and have given lesson a few student there, Kim have never came to Okinawa.

There are others teaching modified forms of Shorin-ryu. But these are by far the most popular on Okinawa with Kobayashi and Shobayashi being virtually unchanged from the age-old origins of the Shorin-ryu style.

A sensitive issue on Okinawa was the question of adopting a unified name: whether to refer to all Okinawan fighting styles in the Kanji, meaning "Chinese hand," or to use the Kanji of karate already used in Japan, which translates as "empty hand." In a meeting of the elite karate masters of Okinawa, who on October 25, 1936, convened to make the decision, this issue was finally settled. Some of the masters and their senior students present at that meeting were: Kyan, Kenstu Yabu, Chomo Hanashiro, Miyagi, Miyashiro, Nakamora, Chibana, Nakatsune and Choki Motobu. It was agreed that karate would be written and referred to in kanji and translated as "empty hand." This interpretation, it was agreed, embraced a much broader and more philosophical meaning than it is generally gramted.

That is a small resume of Shorin Ryu History, and we know that so many others Grand Master of Shorin Ryu are not mentioned in this article, I want to apologized about it.

In 2010 Sensei Santiago Sacaba with the sopport to Soke Katsumi Okubo 10th Dan open the Shorin Ryu Seitokan, the union of Kobayashi amd Matsumura Seito to respect to the roof of Shorin Ryu